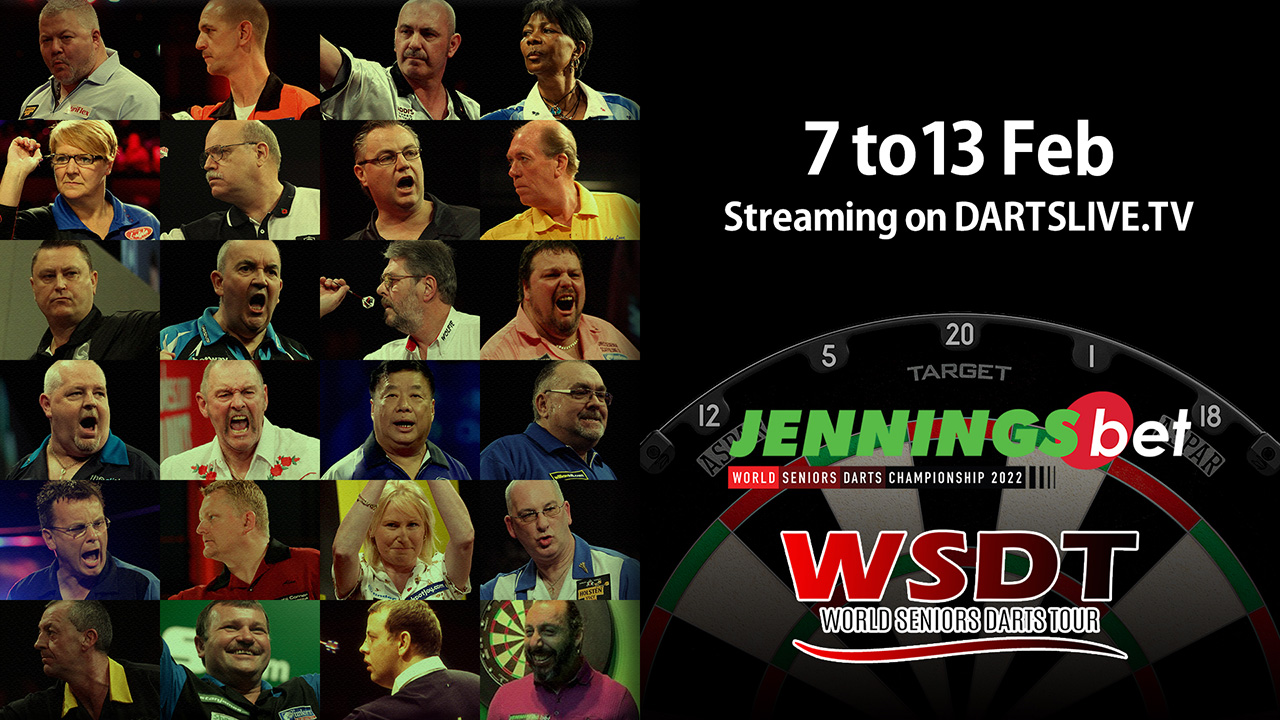 DARTSLIVE has entered into a partnership with THE WORLD SENIORS DARTS TOUR LTD (WSDT) to acquire the streaming rights for the 2022 JenningsBet World Seniors Darts Championship in Asian regions.

The World Senior Darts Championship will include legendary players from various organizations and tournaments who will once again gather together for this tournament.

Players such as the greatest darts player of all time, Phil Taylor, and DARTSLIVE OFFICIAL PLAYER Paul Lim, will take part in this tournament.

The following will be streamed by DARTSLIVE.