Announcement for April’s monthly campaign!
April will be involving Cross-Atlantic countries to join the competition against each other!
USA, Canada will be joining from North America, while UK, France, Spain, Portugal and Belgium will be joining this campaign from Europe!

The rule is simple, rthe country with the highest total score of the Monthly COUNT-UP Top 100 Ranking will be rewarded as the BEST COUNTRY among the participating country!
The shop which contributed most for their country to become the BEST will be receiving a prize package from DARTSLIVE!

■Campaign Period
April 1st – 30th, 2014
*By the maintenance time for each country on May 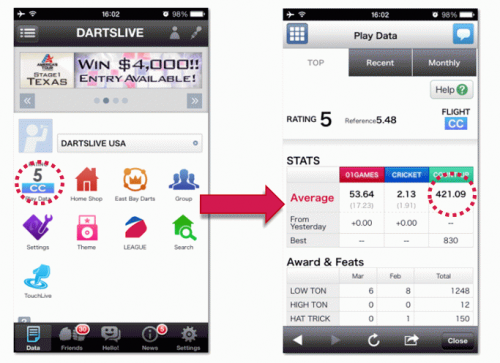