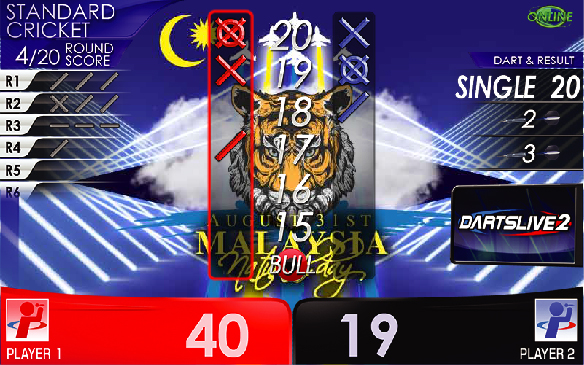 ~ Try the new game of COUNT UP MEDLEY and celebrate National Day at the same time with DARTSLIVE!