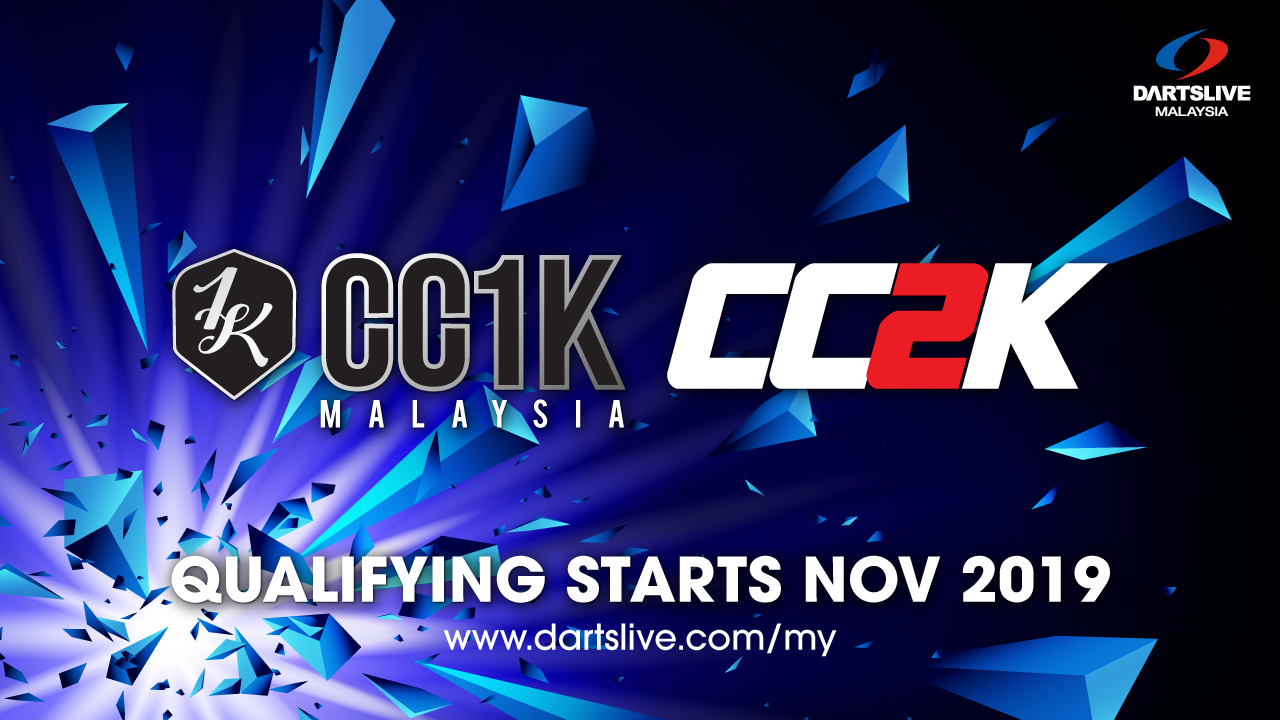 CC1K is back! And bringing along a new division, where everyone can have fun competing together!
Introducing CC2K, a different type of tournament that requires stability and consistency, in order to hit the top rankings!

*score might be subjected to changes
**CC1K invitation extend out to players who managed to score 900 points in the region, however they will not be entitled to CC1K Stage door gift. 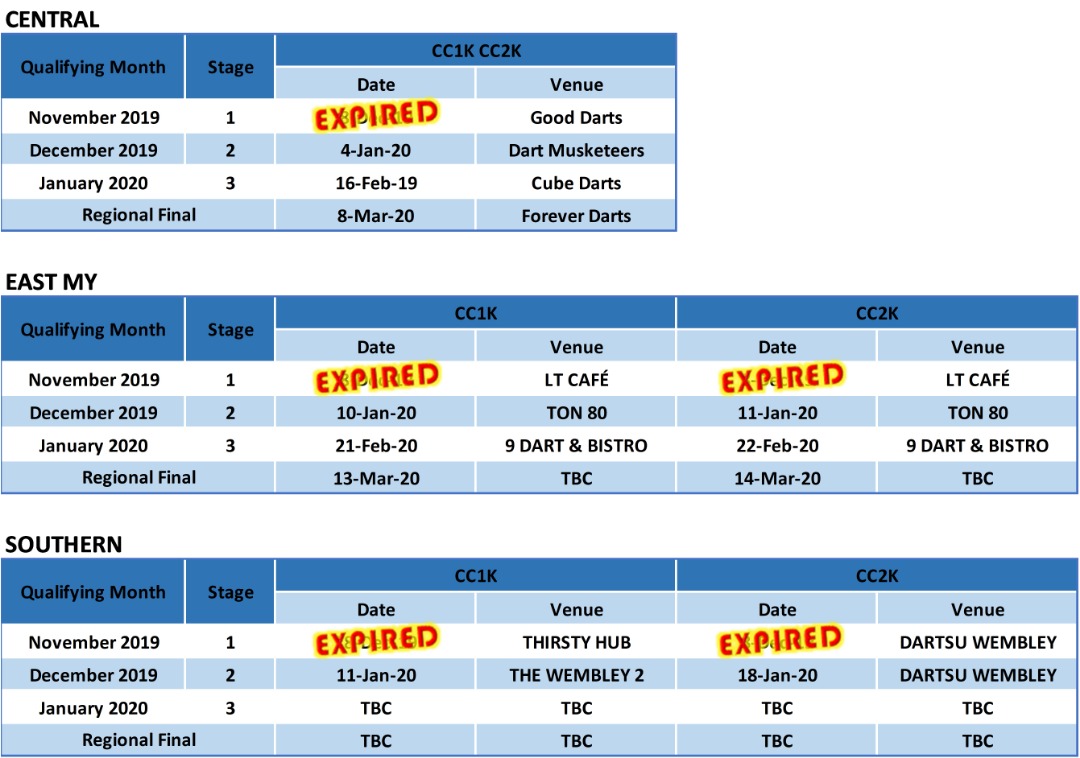 Top-ranked players after 3 stages will be invited to the Regional Final. Prize Table as follows: 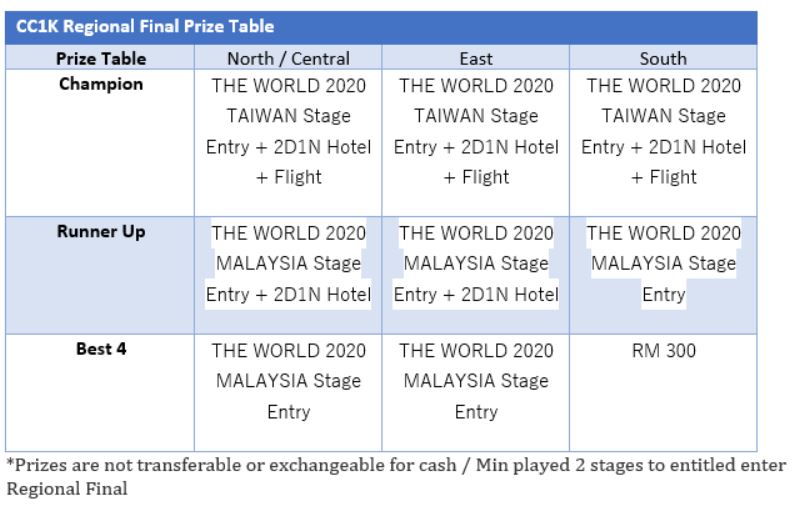 Whole new concept of tournament is now coming your way!
With the combination of COUNT-UP, CRICKET COUNT-UP and MULTIPLE COUNT-UP, it would be a good challenge for aspiring players to train on focus and consistency.

Ranking is unique for CC2K. 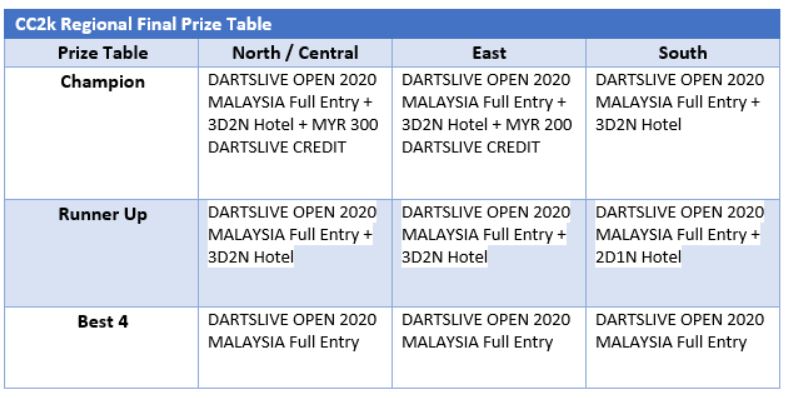 Stage 1 will be happening in December, details will be released soon. Qualifying starts in November!  Grab your darts and your training buddy and start your COUNT-UP Medley training soon! Keep motivating and encourage each other, we shall see you at the top.