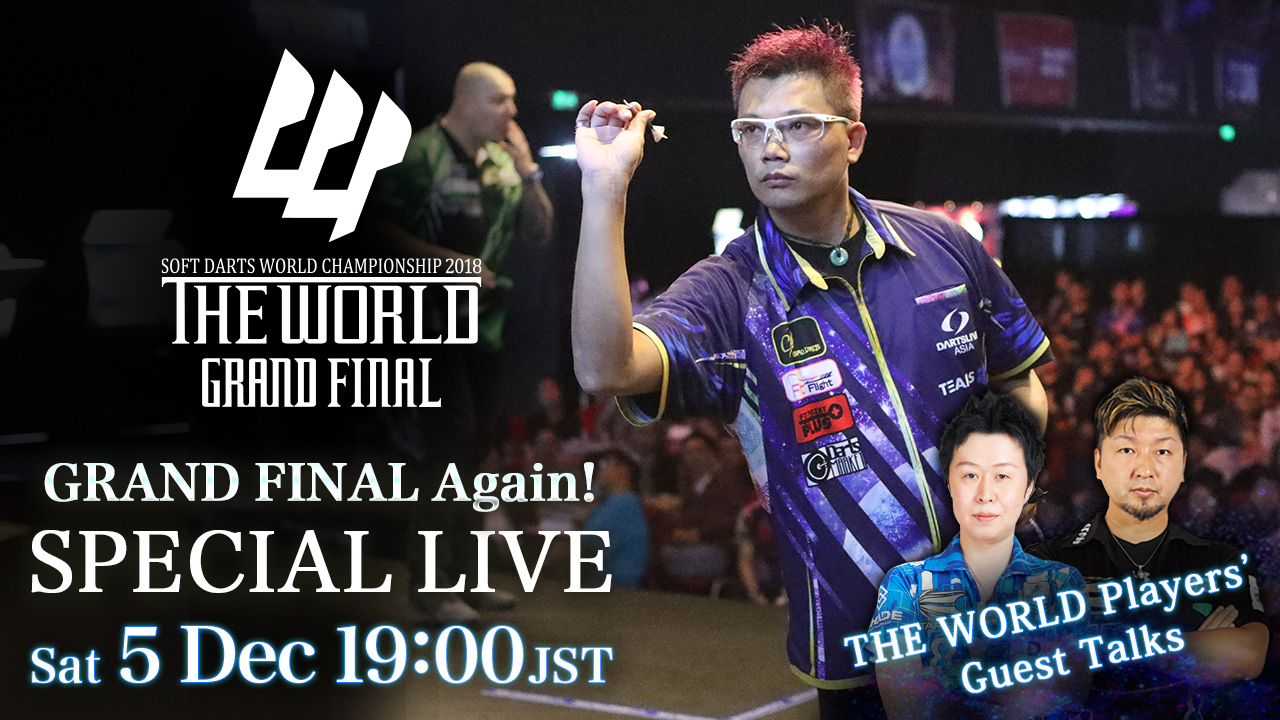 Watch again the epic matches of “THE WORLD” SOFT DARTS WORLD CHAMPIONSHIP!
This time we will show the GRAND FINAL of 2018 when the star player of Hong Kong, Royden Lam and leading Japanese players such as Haruki Muramatsu engaged in intense battles.
We will present a video of several matches from the tournament inviting 2 special guests who also participated in the tournament, Haruki Muramatsu and Mitsumasa Hoshino. They will share their comments live.
Enjoy the thrilling battles with the top players’ commentary.