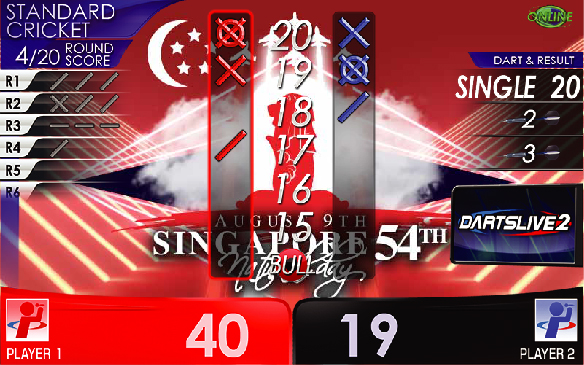 ~ Try the new game of COUNT UP MEDLEY and celebrate National Day at the same time with DARTSLIVE!

【SINGAPORE SPECIAL】
Score more than 1800 points in the COUNT-UP MEDLEY and get a chance to win the latest DARTSLIVE OFFICIAL PLAYER Harith Lim & Leslie Lee DARTSLIVE CARD!
May Lady Luck shines on you!