SUPER DARTS 2018 will be held in spring next year. 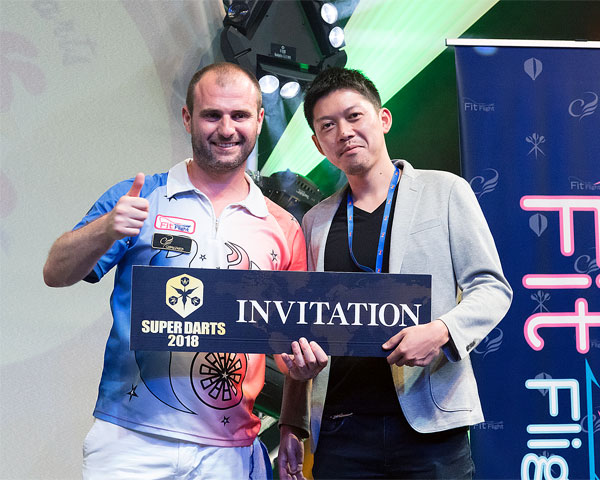 Comment:
“To be honest, I was playing in a different league until now, but I switched to France Darts when I saw that this year’s FRANCE DARTS INDIVIDUAL CHAMPIONSHIP’s CHAMPION will be invited to play in SUPER DARTS 2018.
I really wanted to go to the SUPER DARTS, so this is like a dream for me.
Right now, I still cannot believe I have done it! I will see you in Japan!”