COUNT-UP is giving away SUPER DARTS 2013 Champion's autographed Dart set! The list of the top ten players of week two will be announced. 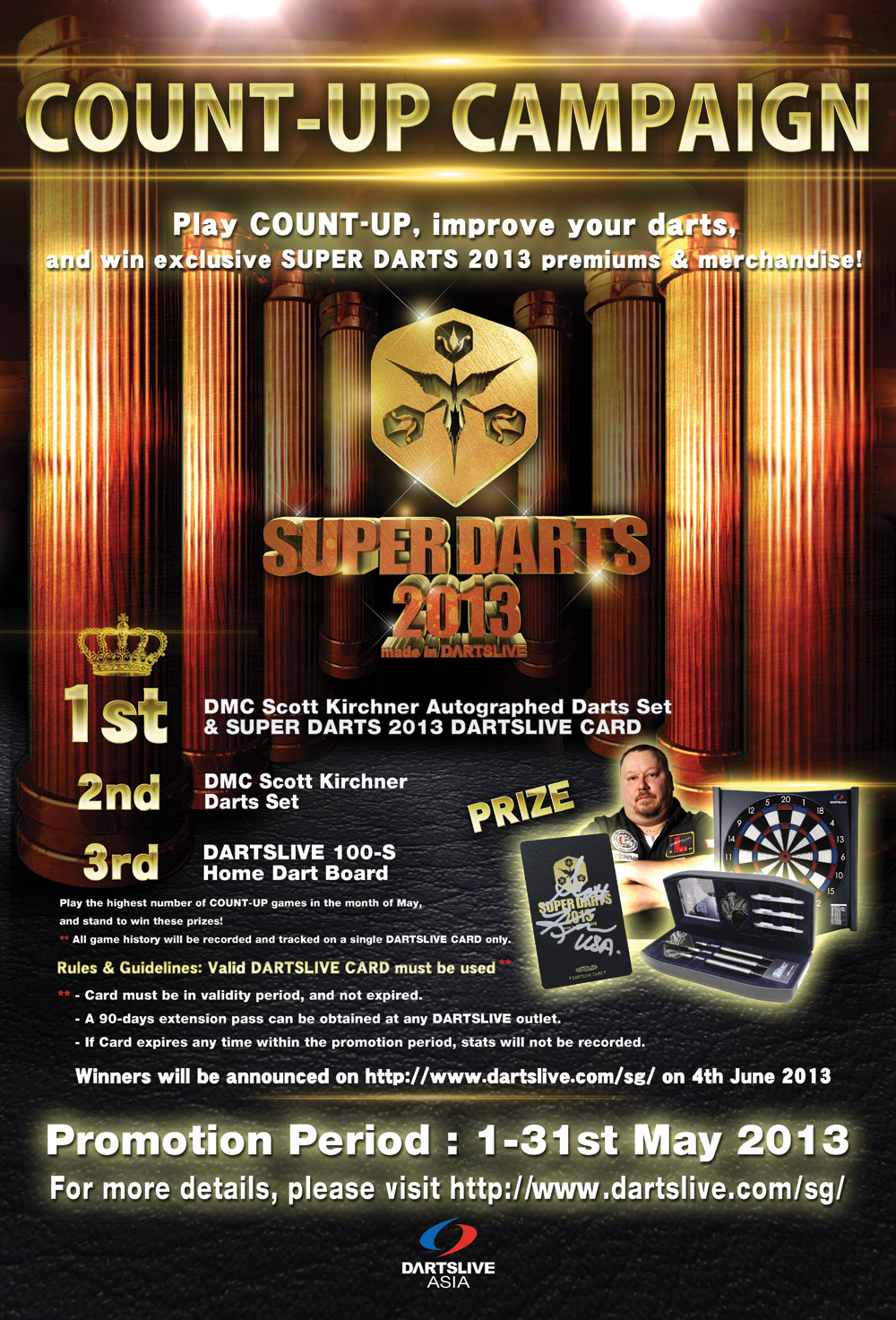 After watching SUPER DARTS 2013, dart’s fans set the world champion as their goal. DARTSLIVE ASIA comes up with a campaign where COUNT-UP is giving away SUPER DARTS 2013 Champion’s Scott Kirchner’s autographed Dart set as an encouragement for players to continue practicing darts.

The list of the top ten players in the second week is listed below:

Two weeks left for the campaign, for the players who want to improve, please continue to practice COUNT-UP. As long as you practice hard, chances of being able to win Scott Kirchner’s autographed Dart set would be high!