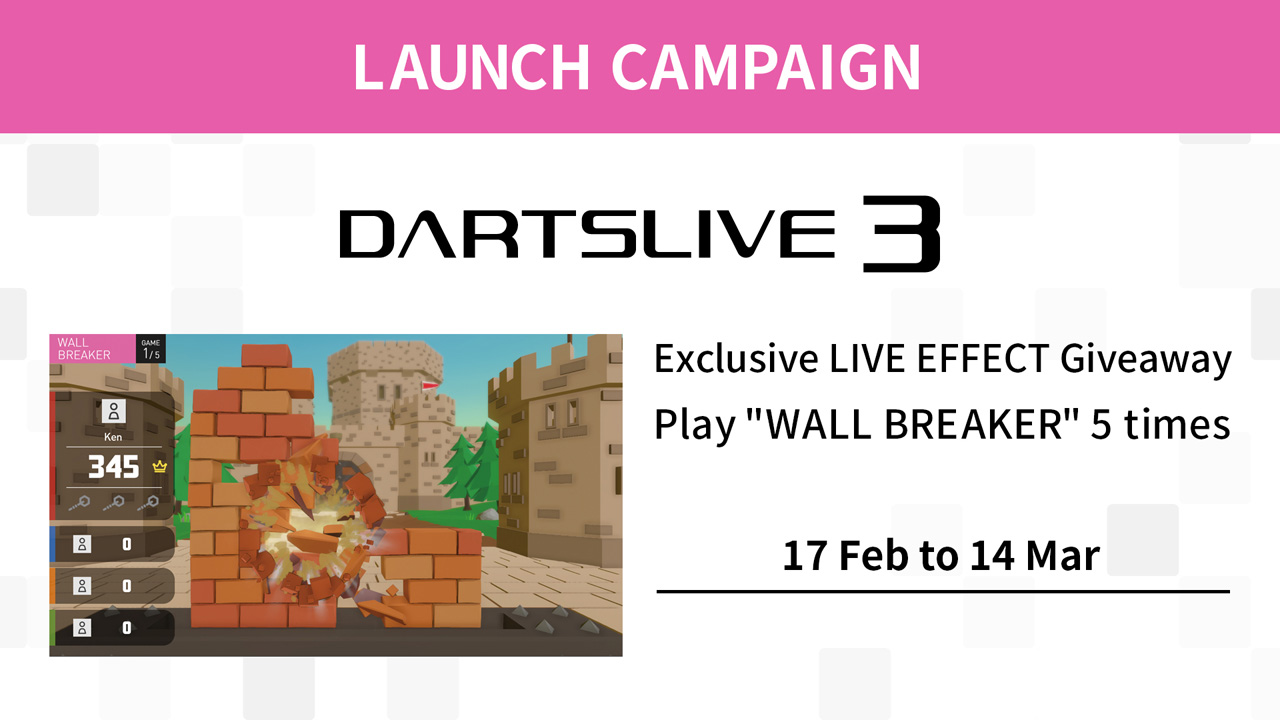 ※LIVE EFFECT is a function that customizes your game screen with 3D movies in game replay and effects for Scores, BULL and TRIPLE 20.