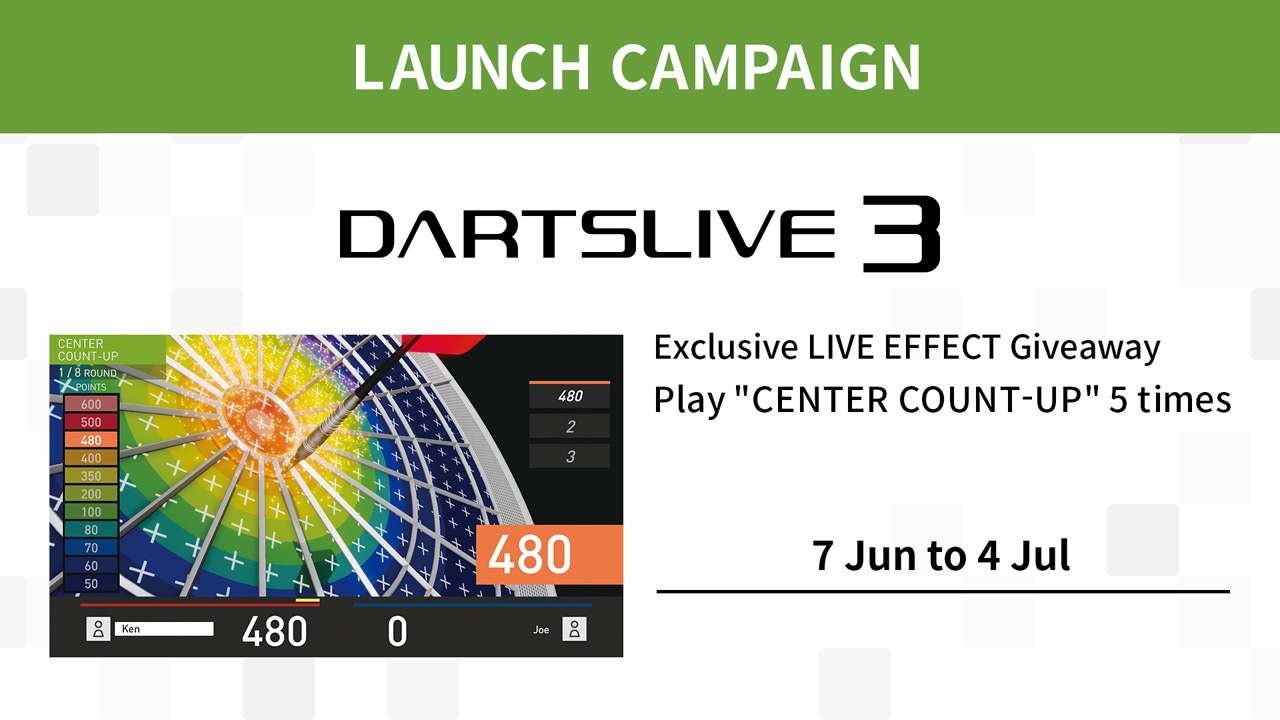 DARTSLIVE3 LAUNCH CAMPAIGN is starting to celebrate the release of DARTSLIVE3 outside Japan!
Play “CENTER COUNT-UP” on DARTSLIVE3 and collect the SPECIAL LIVE EFFECT!