Big or small, we celebrate them all! Step into the final stretch of our 10 Year Anniversary campaign with a 10th Anniversary BATTLE CHALLENGE in Singapore. 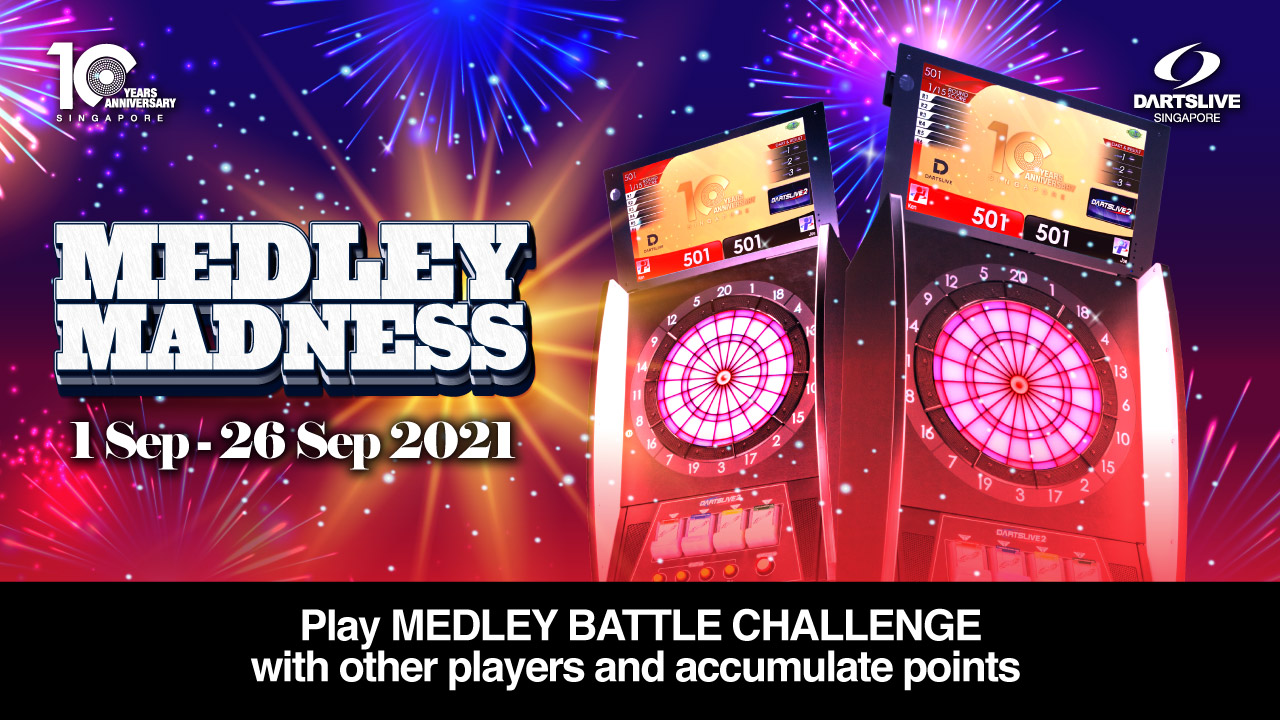 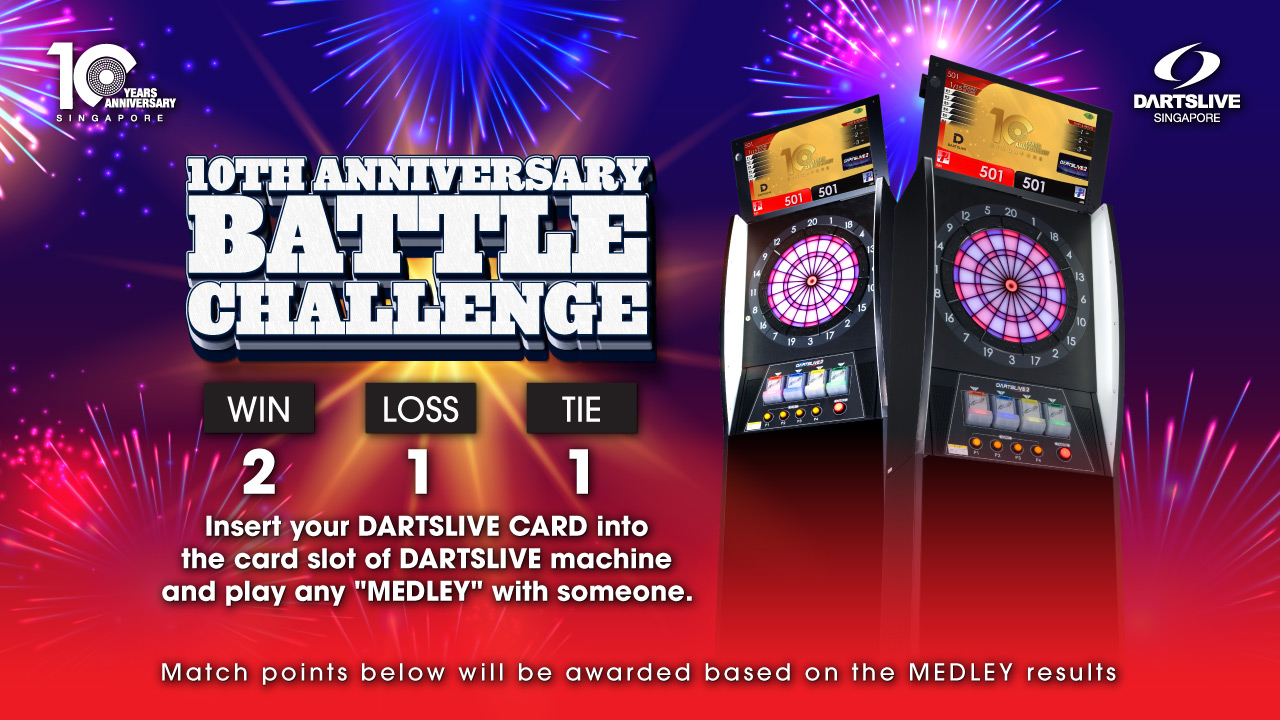 ■ [HOW TO PLAY & RECEIVE THEME]
1) Insert your DARTSLIVE CARD into the card slot of DARTSLIVE machine and play any “MEDLEY” with someone.
2) Match points below will be awarded based on the MEDLEY results:
– Win: 2 Points
– Loss: 1 Point
– Tie: 1 Point
By accumulating 10 match points respectively, you will receive limited “WE ARE 10″ Golden DARTSLIVE PICTURE THEME.

*JAPAN and THE WORLD MEDLEY will not be counted.
*The player must register as DARTSLIVE member (premium member, trial member, or basic member) and use DARTSLIVE CARD for the game.
*If your opponent is not using DARTSLIVE Card, you will NOT receive any campaign point.
*If a match is not completed, the campaign points will NOT be awarded.

■ [REWARDS]
A limited “WE ARE 10″ Golden DARTSLIVE PICTURE THEME will be awarded when players accumulate 10 points respectively.