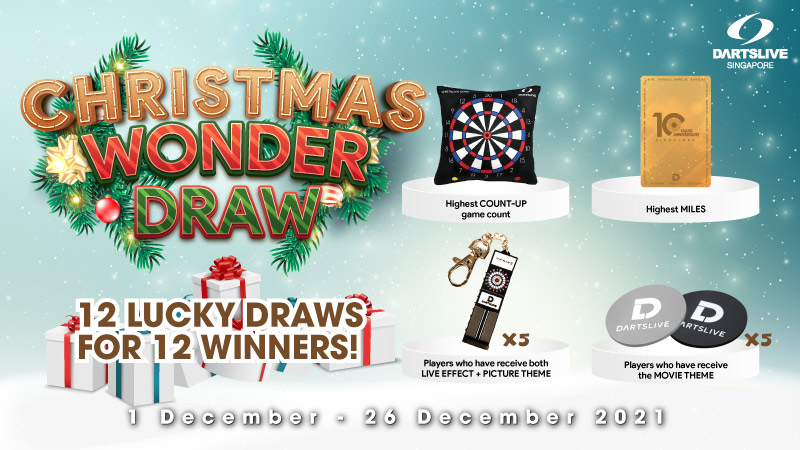 Enjoy the season of gifting with our Christmas Wonder Draw for players who participate in our COUNT-UP to Christmas Campaign. Stand a chance to receive a present from us this holiday!

The lucky draw will be made once the campaign period has ended.
The winners will be announced on the official DARTSLIVE website and DARTSLIVE Singapore’s Facebook and Instagram Page on 30 December 2021.
*Date is subject to change

EXAMPLE OF FRAUD
1) Each card can only be used by one person.
2) Manually pressing the dartboard is forbidden.
3) Players have other behaviours that violate public morals or are deem by the store to be fraudulent.