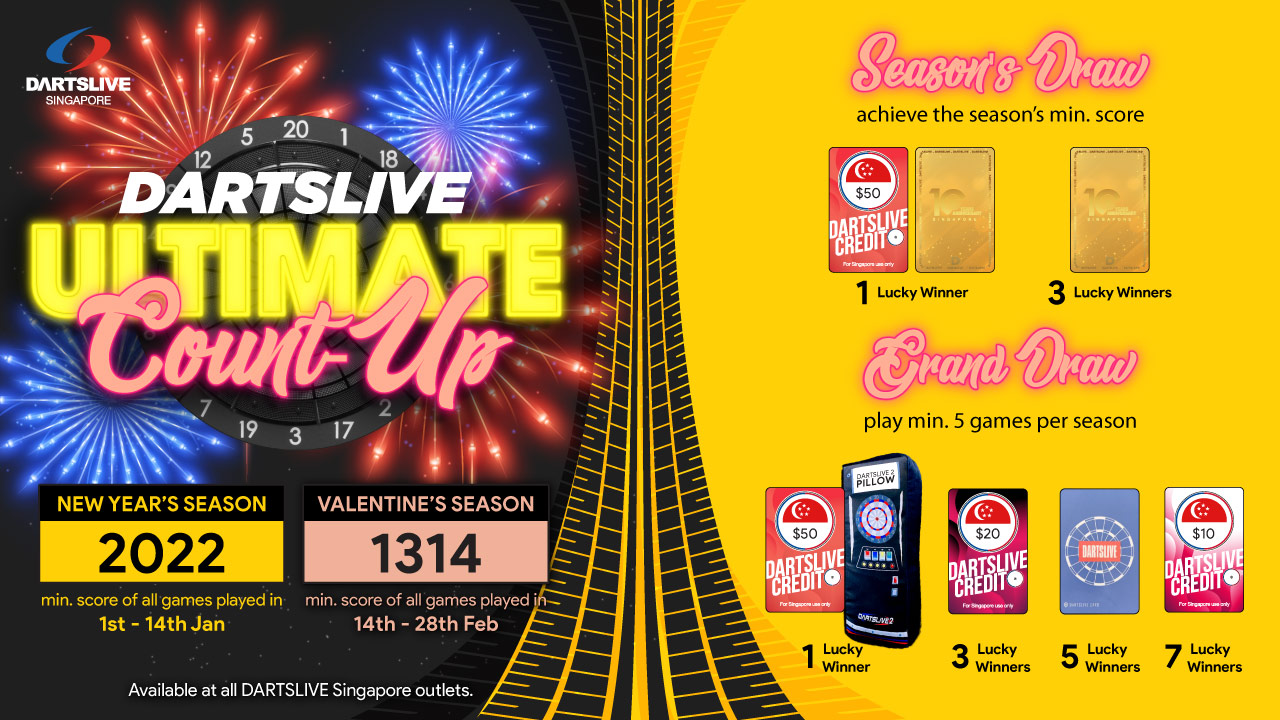 Ready to dive into 2022 with a bang? Celebrate this new year with our ULTIMATE COUNT-UP CHALLENGE. Featuring 2 different series – NEW YEAR’S and VALENTINE’S SEASON, for an extra boost this festivities!

Play multiple games of Count-Up and achieve a min. score of 2022 to be entitled to our Lucky Draw. Every game of Count Up = 1 Chance, with a GRAND DRAW to win DARTSLIVE2 Cushion and more.

The lucky draw will be made once the campaign period has ended. Winners will be announced on the official DARTSLIVE website and DARTSLIVE Singapore’s Facebook and Instagram Page on 20 January 2022.
*Date is subject to change 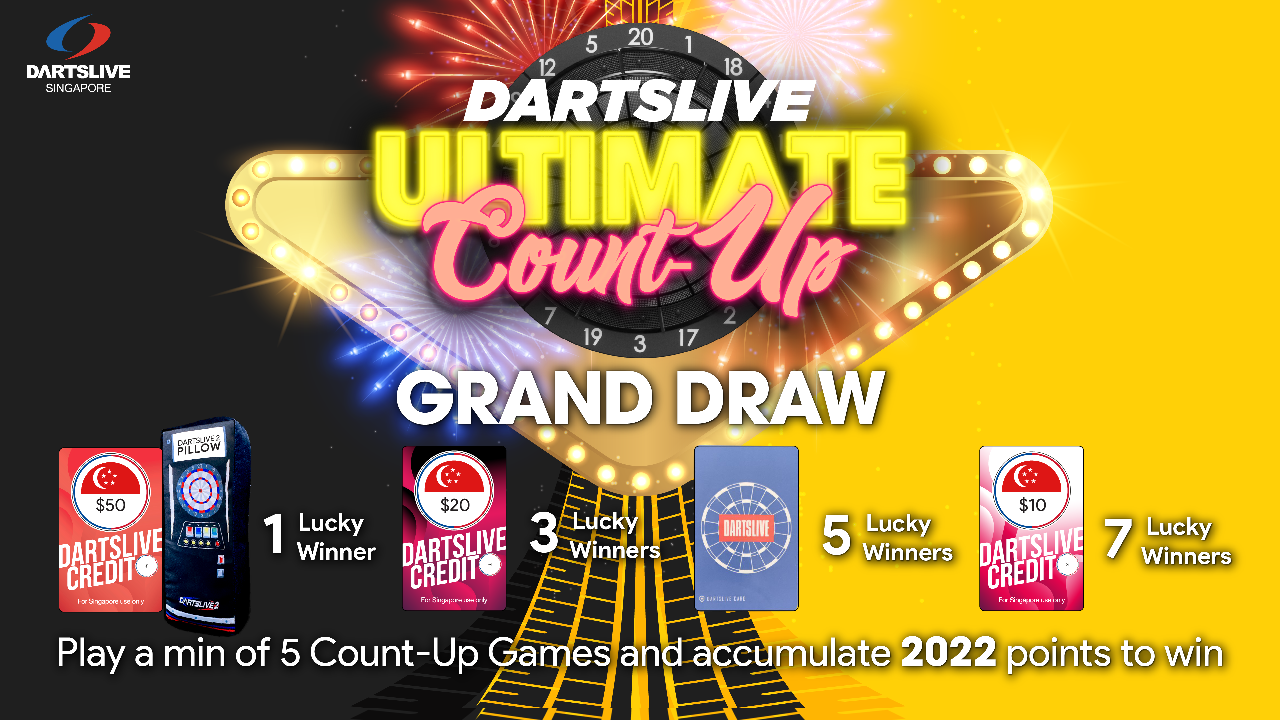 Grand Draw will be made after both NEW YEAR’S and VALENTINE’S DAY SEASON have ended, announcement on 14 March 2022.
The winners will be announced on the official DARTSLIVE website and DARTSLIVE Singapore’s Facebook and Instagram Page.
*Date is subject to change

EXAMPLE OF FRAUD
1) Each card can only be used by one person.
2) Manually pressing the dartboard is forbidden.
3) Players have other behaviours that violate public morals or are deemed by the store to be fraudulent.