【MAHJONG LIVE】Play “Super Star Scramble” and get the special THEME♪ 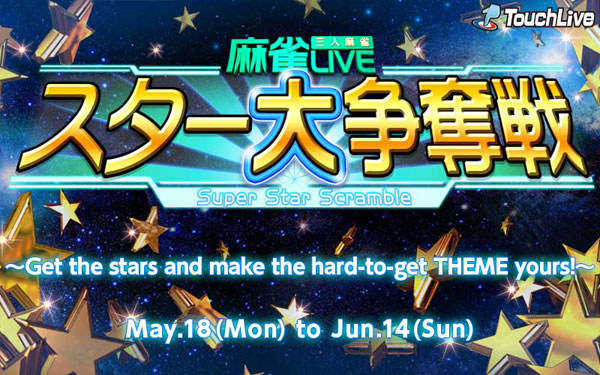 Do you know MAHJONG LIVE?
It’s an online MAHJONG game for 3 on TouchLive!

We will start “Super Star Scramble” from May 18(Mon)!
Let’s play this game and get the special DARTSLIVE THEME that is only available in this campaign!

☆To obtain the special goods
5 “Stars” or more 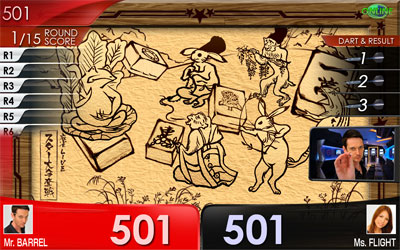 Players with 5 or more “Stars” at the end of the campaign will receive the limited Movie THEME.

<Note>
・Prize will be awarded based on the ranking when it becomes available.
・Campaign will end at 6:30 AM on June 5 (Mon)‚ Japan time.

Show your strength to the world!
Join the event filled with MAHJONG players of the world!