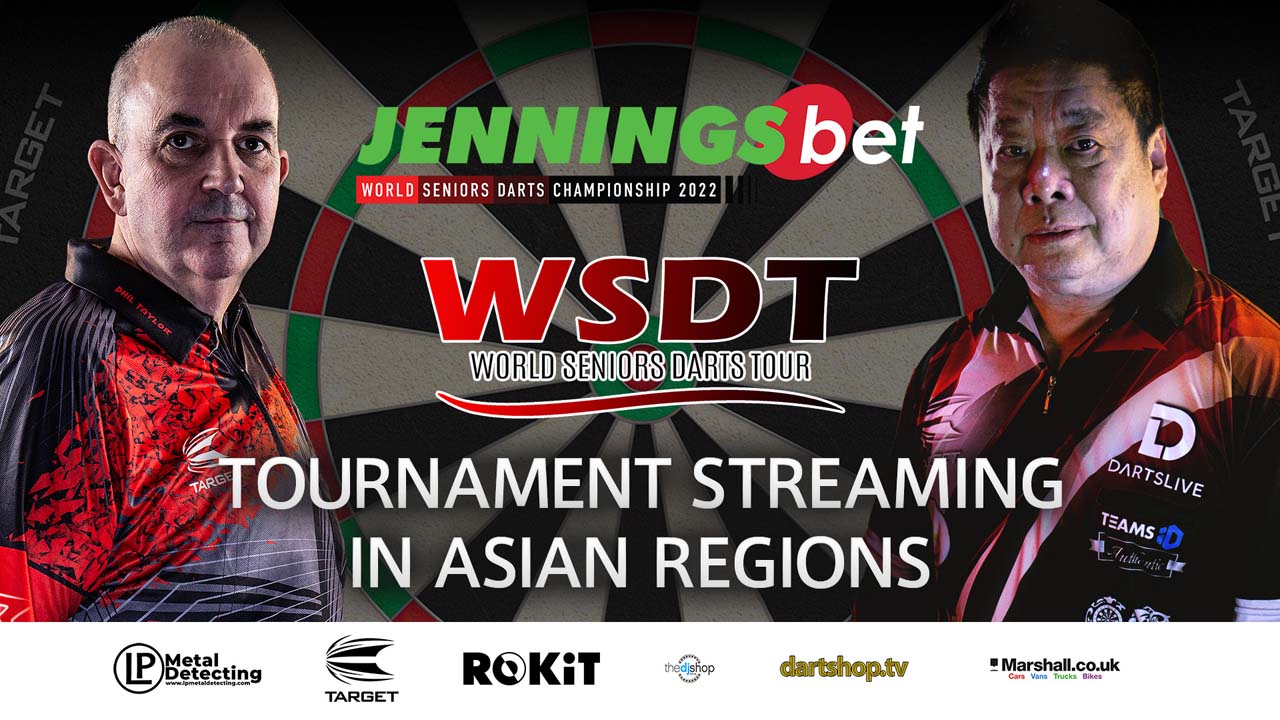 DARTSLIVE and THE WORLD SENIORS DARTS TOUR are now in partnership for streaming the 2022 JenningsBet World Seniors Darts Championship in the Asian regions.

The World Seniors Darts Championship is a tournament featuring legendary players from the history of Darts.

Players such as Phil Taylor, and DARTSLIVE OFFICIAL PLAYER Paul Lim will take part in this tournament.

Details of the streaming will be announced in the news published at a later date.