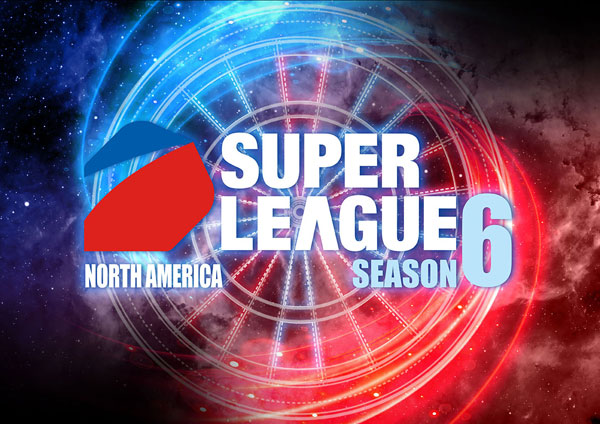 DARTSLIVE SUPER LEAGUE is back for Season 6! The road to Las Vegas starts January 7, 2018.

What is SUPER LEAGUE?
SUPER LEAGUE puts a twist on the traditional team league.
Teams consist of 4 or more people of different ratings ranging from beginner to pro players.
These players must work together to achieve the ultimate goal…which is to win the S2, S3 or S4 division and be the best team in North America!

Winning the division:
•Winning your division advances your team DIRECTLY into the Single Elimination Tournament.
•4/6 – Team Divisions: Top team advances.
•8-team Divisions: Top (2) teams advance.
•In the event of a tie, the winner of the division will be determined by the following
•Legs Won
•Matches Won
•Head-to-Head matchups in the order of the most recent
•In the scenario that a tie still remains after the head-to-head matchups, the number of team LOW TONs will determine the winner.
•This prize is non-transferable to another team.