We are now announcing the schedule of SUPER LEAGUE Season 2!!!

What is SUPER LEAGUE?
It is a new soft tip darts league concept here in North America. Teams consist of 4 or more people of different ratings ranging from beginner to pro players. These players must work together to achieve the ultimate goal… which is to win the S2 or S4 division and be the best team in North America!
(*Information on team building coming soon) 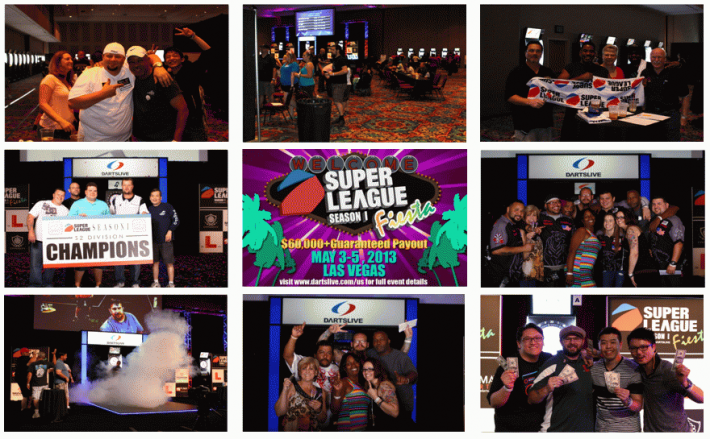 Come and be part of the excitement! Join SUPER LEAGUE

Contact your local operator or DARTSLIVE location for more details.
More information for SUPER LEAGUE will be released on our official website, so stay tuned for the updates!!