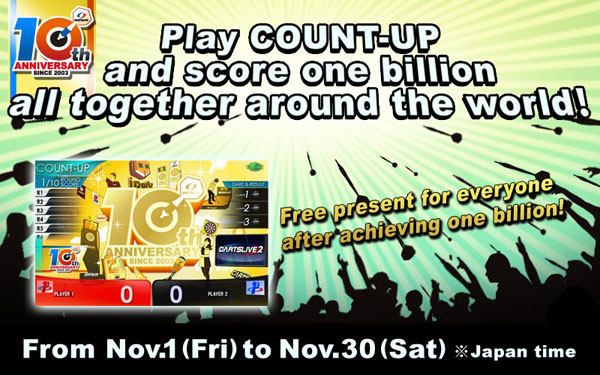 ■Conditions to obtain the special anniversary THEME
(1) Achievement of the total score of one billion within the campaign period
(2) To play COUNT-UP in the period from Nov.1 to Nov. 30
*THEME can be given after the achievement of one billion