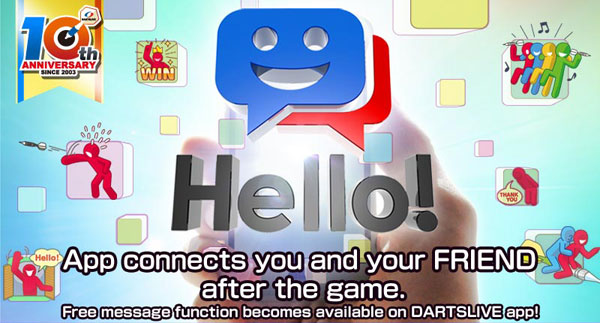 【App connects you after the game.】
After DARTSLIVE app update,
a new content “Hello!” will be available!!!

The new content “Hello!” will make
your opponents on DARTSLIVE a “FRIEND” and
facilitate fun and easy communication with short messages and stickers.

■Conditions to obtain the special anniversary THEME
(1)Achievement of the total score of one billion within the campaign period
(2)To play COUNT-UP in the period from Nov.1 to Nov. 30
*THEME can be given after the achievement of one billion