Wolf’s Den’s $1.00 Shots, the representive of SUPER LEAGUE USA, consisted of 5 spectacular individuals…
5 Individuals that we as DARTSLIVE USA are honored to highlight on our official website. Scott Kirchner, Judith Kirchner, Jennifer Carpenter, Tracie Olson, and Ryan Olson proved that team work, pride, and family are the key ingredients to success and could help them through any situation. 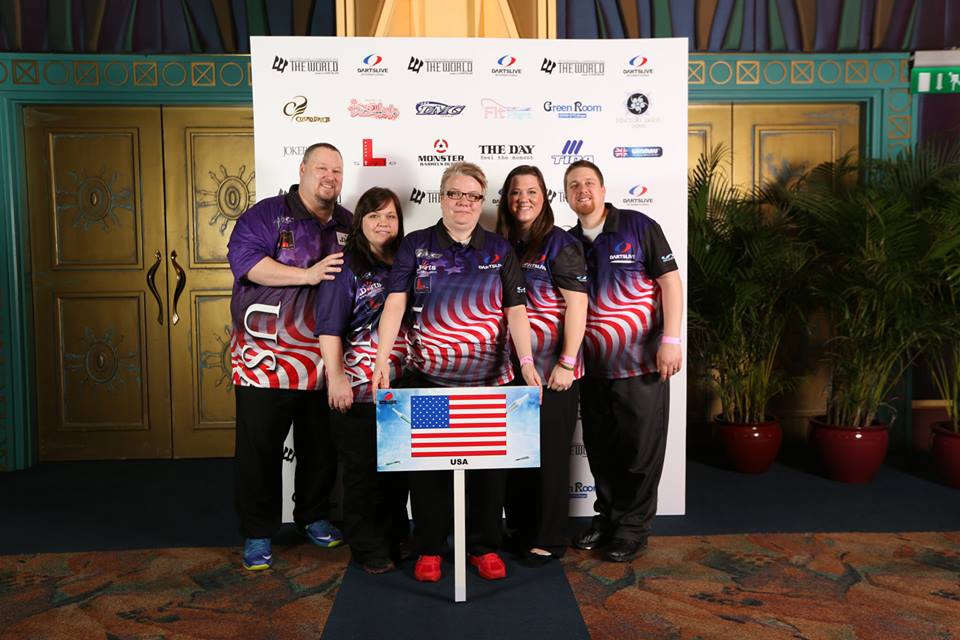 They didn’t win the SUPER LEAGUE World championship…. Heck they didn’t even advance out of the round robin, but this team made up of family and close close friends made me proud to watch most of their games! 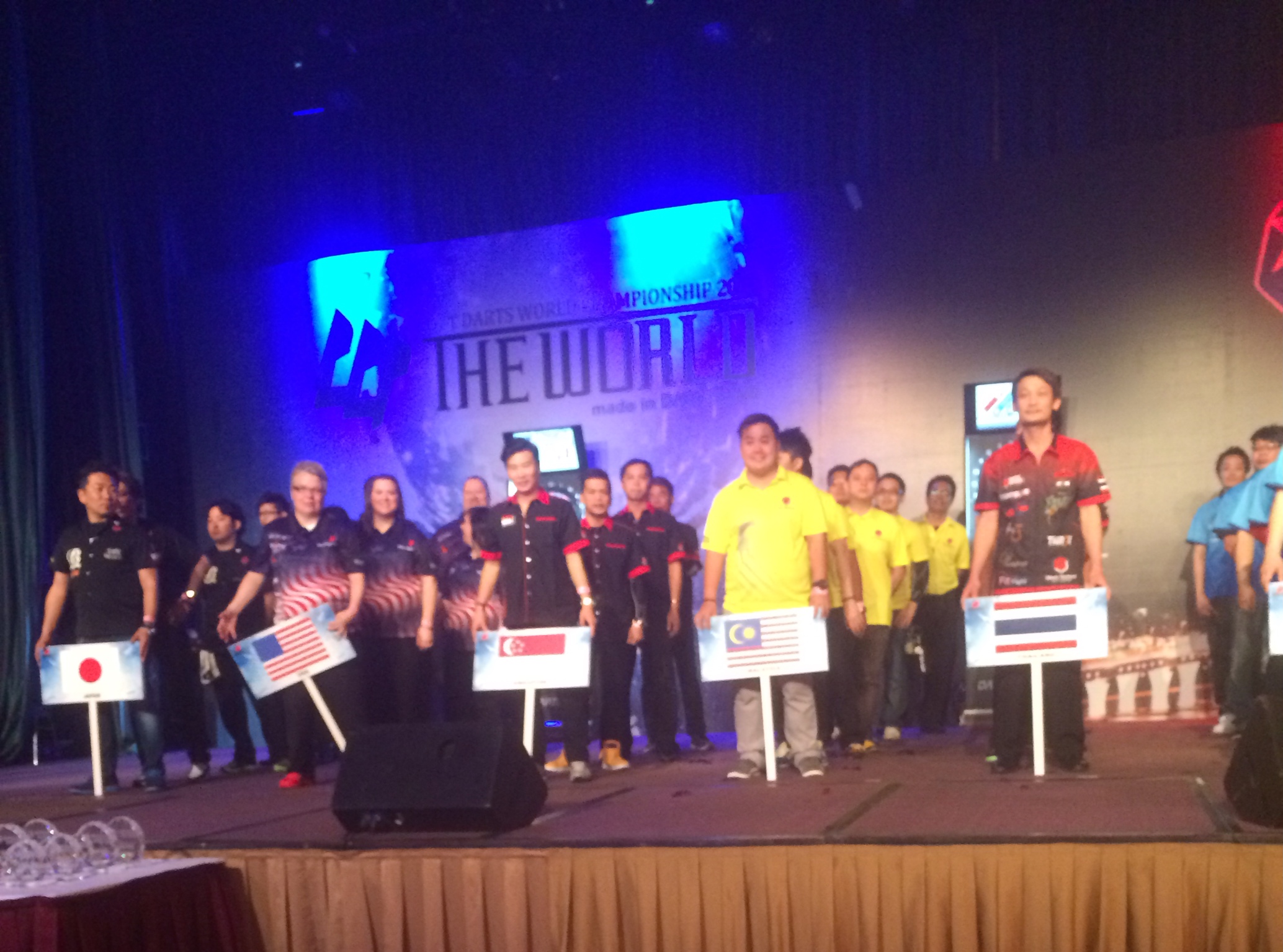 The electricity that they created in the atmosphere of the room was stellar to say the least! They were our USA SUPER LEAGUE representatives for THE SUPER LEAGUE WORLD CHAMPIONSHIPS! They actually even beat the eventual champions in the round robin Thailand, that consisted of mostly high level shooters and a few participants in THE WORLD 2014 STAGE 1.

Ryan Olson was also the only person and winner of HK$ 10,000 to win the Extreme Bull Challenge. Everyone who was a DARTSLIVE Premium member had one dart and one try to hit the very center hole of the dart board. With two people left to try their luck at hitting this very difficult one hole target, Ryan Olson went up on stage with cameras and lights on him and buried it! Out of all 256 participants in THE WORLD tournament and hundreds of other dart players there for THE ASIA OPEN, Ryan came out victorious!

I hope everyone reads this story and gives them a huge round of applause! So to the Janesville, Wisconsin family and friends here is our round of applause!! Congratulations, You rocked!!!
You were all an inspiration to everyone out there and we hope that every person thinking about joining SUPER LEAGUE reads this and realizes that if this family team can do it, then you can do it too!