For our team members, this elevates us to a whole new level of competition which gets us really excited. At a international competiton level, the pressure mounts but at the same time we see it as a great opportunity to gain experience from other good players from all around the world. To be selected as a team to compete in this tournament throughout the journey has not been easy , we will enjoy the game and bring the experience back to share with other players back in Australia. For that we are very greatful to DARTSLIVE for organizing this great event, and we are looking forward to the match against Japan! 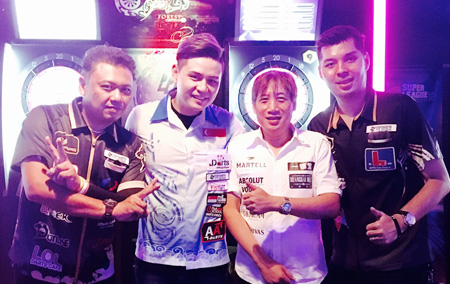 We feel proud, honoured and really happy! This is the first time for all of us so it is really quite exciting! For some of us, it has been an aim to represent the country so this is a dream come true. What's more, SLWC 2016 will be held on home ground so it's really an honour. When playing as a team, it is also about team spirit and we enjoy encouraging each other to enjoy playing darts. Train hard, fight as a team! Happy darts! We will fight hard for the team, do our country proud and hopefully win it! 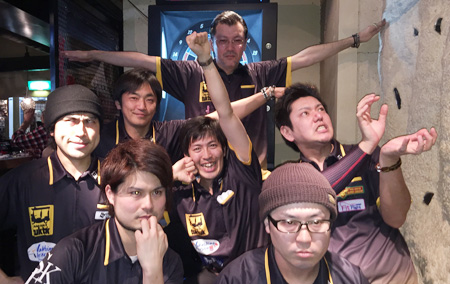 As a Japan representative, we will do our best to get the championship! We really enjoy team coming together, aiming for the win as a team. We don't know which countries will be participating, but it is our first time fighting as a representative. We are ready for the battle! 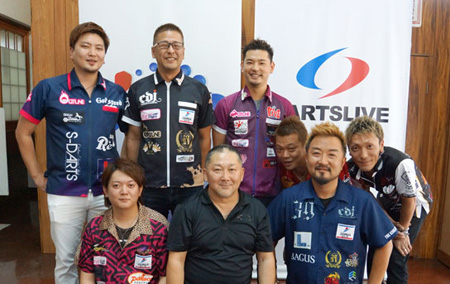 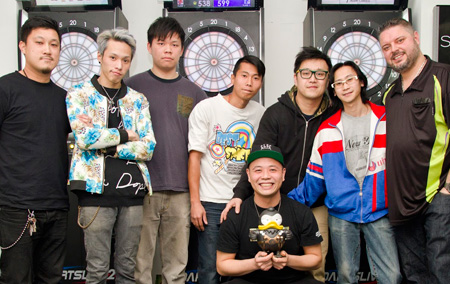 We are so excited joining this event for two consecutive years.This game meansa lot to us and we are very enthusiastic to participate in it. We feel good together and lucky to win the championshipfor 2 consecutive yearand its definately our honor to represent Hong Kong.SUPER LEAGUE in Hong Kong is very competitive, we have been practiced a lot and fighting so hard in every game in order to win. Since we have gained experience from last year, we do understand which part is our weak one during the game and we foucs on the training in that particular area. We are hoping to get the Best 4 in the competition, better be the champion. We will do the best, expecting a perfect game. 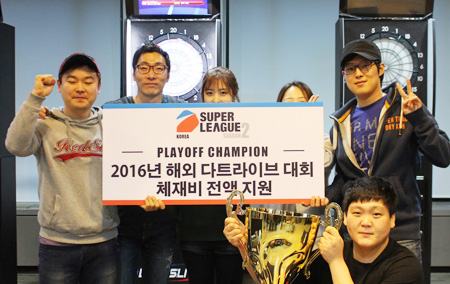 We are very thankful to DARTSLIVE KOREA for giving us a chance to participate in SUPER LEAGUE WORLD CHAMPIONSHIP. During the season, we tried our best to become a representative of Korea, and although we know that our skill level is not enough to fight in the world class tournaments, we are very happy to be representing Korea. We are looking forward to fight against Japan or Singapore, because they seem to have many good players. Our humble aim is to win at least once in the tournament! 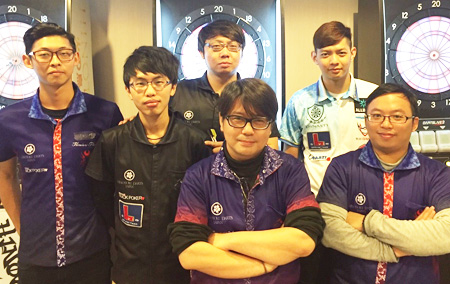 We are so happy to be able to join SLWC2016 as a team after defeating the strong teams from all over Taiwan. We are looking forward to competing against the world's greatest teams that have survived the fierce competitions. Right after the moment we became the national champion, we started feeling higher expectation from people. At the same time, we also feel being envied. We will play our best in the competitions against the leading teams from other countries. We will focus on each match not only the outcome to meet your expectations. Fun of teamwork is obviously not available in solo matches. Having the strongest players in a team doesn't always make the team strongest. Our goal is to be the strongest team, not a group of the strongest members. We would like to enjoy the matches and obtain good results. 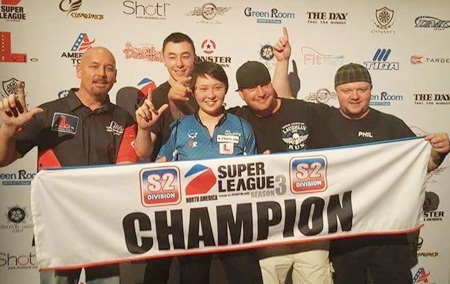 A world championship event is something you dream about. It goes far beyond your roots in the local bar. From first learning how to play the game to transcending culture. It's darts in its purest form and an honor to take part in it. We value and appreciate the chance to represent our country. It's an opportunity to show how gracious and supportive American dart players are of one another. Who wouldn't want to show their own country what a champion looks like? We get a chance to set an example of American darts and hope that people will emulate us in the future back at home. It was a disaster at first starting out SUPER LEAGUE. We had a team member quit and struggled to find balance with a different sub each week. We believed in each other, however and in turn became champions because of that trust when it came time to really focus and win. We expect to remain prideful regardless of how we place during the event. We have a desire to play for our country and an eagerness to discover a new culture and just enjoy our time in Singapore. There is obviously desire culminating in us to become world champions. There is a lot of raw emotion building so we clearly have the goal to win. We believe we can.

We are very excited to be participating in SUPER LEAGUE WORLD CHAMPIONSHIP. We have played a lot of tournaments and we always want to enjoy our time. If it's not fun there's no reason to go. With that though we have more fun when we win and when we play well. we think our team will play strong together but with lots of good teams it we will need to rise higher together. 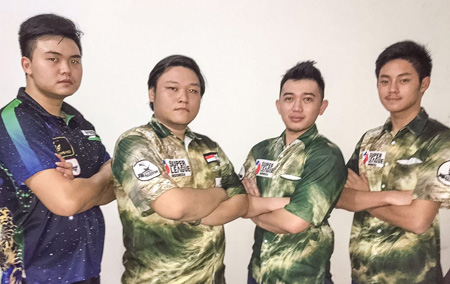 We are so excited to participate as a team in our first ever international major tournament. A big thank you to DARTSLIVE for organizing such a big event. Always a great fun to play in team all the time, and to represent Indonesia in SLWC is a great honor for all of us. We get together like 3 times a week to practice, and after we got the notice of this tournament, all we did was practive, practice, and practice. Since it is our first major team tournament, we would say that we just want to go out and have some fun, and maybe cause a few upsets along the way. We are looking forward for the battle with Singapore, Japan and Hong Kong! 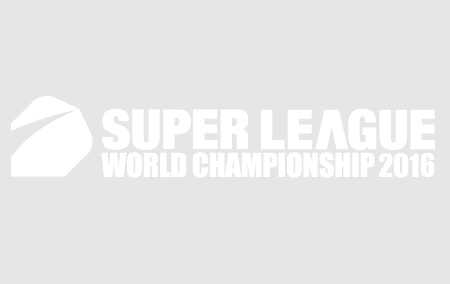 We are excited and looking forward to join this prestige event. We are very proud of each and everyone in the team and it is such a great honour to represent our country. We are all having fun in the league and the team is like family and the league has make us better players. We have been preparing for this tournament through our team practive routines. Our aim is to become the Champion and to bring back pride and glory for our country.

One player only can play for maximum 2 games in each Section.

･One player only can join one Doubles game in Section 1.

･5th Leg and 6th leg cannot be the same player.

About the progression of the tournament

Each team's captain will hand the player's name list and playing order to the referee at the start of their MATCH.

The referee will fill the MATCH score on the score sheet.

After the MATCH, the captain will be asked to sign the score sheet.

The winning team's captain will hand the score sheet back to the Control.

The next match teams will be announced using microphone by the Control.

Notes about the tournament

The Playing Order cannot be changed during the MATCH.

The Player Order can be changed for every MATCHes.

Penalty for not obeying the Dress Code
Any player not in proper attire will have the right to one 15-minute grace period to make the necessary change. Thereafter there will be NO grace period and the player will be disqualified from the match.